The Power of Nonresistance 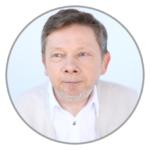 Nonresistance doesn’t necessarily mean doing nothing. All it means is that any “doing” becomes non-reactive. Remember the deep wisdom underlying the practice of Eastern martial arts: Don’t resist the opponent’s force. Yield to overcome.

Having said that, “doing nothing” when you are in a state of intense presence is a very powerful transformer and healer of situations and people. In Taoism, there is a term called wu wei, which is usually translated as “actionless activity” or “sitting quietly doing nothing.” In ancient China, this was regarded as one of the highest achievements or virtues. It is radically different from inactivity in the ordinary state of consciousness, or rather unconsciousness, which stems from fear, inertia, or indecision. The real “doing nothing” implies inner nonresistance and intense alertness.

On the other hand, if action is required, you will no longer react from your conditioned mind, but you will respond to the situation out of your conscious presence. In that state, your mind is free of concepts, including the concept of non- violence. So who can predict what you will do?

The ego believes that in your resistance lies your strength, whereas in truth resistance cuts you off from Being, the only place of true power. Resistance is weakness and fear masquerading as strength. What the ego sees as weakness is your Being in its purity, innocence, and power. What it sees as strength is weakness. So the ego exists in a continuous resistance-mode and plays counterfeit roles to cover up your “weakness,” which in truth is your power.

Until there is surrender, unconscious role-playing constitutes a large part of human interaction. In surrender, you no longer need ego defenses and false masks. You become very simple, very real. “That’s dangerous,” says the ego. “You’ll get hurt. You’ll become vulnerable.” What the ego doesn’t know, of course, is that only through the letting go of resistance, through becoming “vulnerable,” can you discover your true and essential invulnerability.